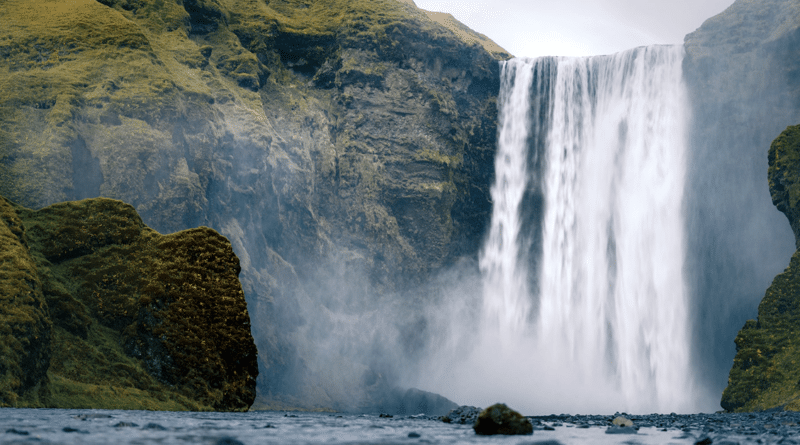 Iceland conjures up images of a land of Fire and Ice, shrouded in mist, somewhere in the Polar North.

Classical texts referred to the island of Thule as the furthest known northern place, which could be Iceland.

Over a thousand years ago, epic tales (sagas) of Vikings, battling grotesque sea monsters and of families struggling to survive, were spread by word of mouth.

A rich cultural fusion of Viking and Celtic influences has created a long literary and musical tradition, culminating today in the electronic, experimental music of Bjork (b1965) and post-rock band, Sigur Ros, and the crime novels of Arnaldur Indridsson (b1961).

Which Athletes Come from Iceland?

Despite its tiny population of about one third of a million, Iceland produces many powerful athletes. Several have been proclaimed World’s Strongest Man and since 2011 Annie Thorisdottir and Katrin Davidsdottir have both won the Crossfit Games twice!

Thor Bjornsson holds the World Record for the heaviest Deadlift in history at 501kg.

Where is Iceland Located?

Iceland sits in the North Atlantic Ocean, on the edge of the Arctic Ocean, astride the mid-Atlantic Oceanic ridge, created by the pulling apart of two huge tectonic plates.

200 million years ago, at the end of the Triassic era, when giant crocodiles ruled the planet, this ocean did not even exist!

A Mass Extinction event would usher in the Jurassic era, dominated by the dinosaurs, when Pangea divided and the Atlantic Ocean opened up.

How was Iceland Formed?

Thus, volcanic Iceland is the product of upwelling magma spewing out at a plate margin, generating volcanoes, basalt lava fields and geysers, part of a new Earth crust.

Best Places to Stay in Iceland

So this island is geologically very young with some of the outer islands barely 20 million years old.

The volcanic island of Surtsey (155m high) almost appeared overnight in 1963! Iceland’s highest point is 2110m on the rim of a volcano.

In 2010 the eruption of Eyjafjallajokull sent so much ash and dust into the atmosphere that 100,000 flights between Europe and North America were grounded (fear of damage to jet engines).

It is dominated by several ice caps (Vatnajokull in the SE occupies 8% of the island) and 269 glaciers.

Meltwater pours over spectacular waterfalls (Dettifoss is the largest waterfall in Europe) and fills ribbon lakes but 130 volcanoes, more than the number of professional footballers, provide a dramatic contrast.

Most existing woodland was felled for housing and to clear grazing land for sheep and cattle, although some afforestation of birch has taken place.

The severely indented coastline, broken by fjords and characterised by black rock beaches, stretches for 4970kms (3090miles), longer than the coastlines of France.

The North Atlantic Drift ferries the warm waters of the Gulf Stream NE across the Atlantic to ensure that Reykjavik and the fishing harbours normally remain ice free all year round.

For its latitude the climate is mild:

Yellowknife is located at the heart of the mainland Canadian NW Territories and exhibits a polar continental climate, so much drier and colder in winter than oceanic Reykjavik.

Which Animals can you Find in Iceland?

The majestic beauty of the island is enhanced by its amazing wildlife. Whales, dolphins and seals swim off its coasts and polar bears occasionally appear on ice floes.

Sadly, the walrus was hunted to extinction. Huge colonies of seabirds (fulmar, Arctic tern, gull) nest on the cliffs as great skuas, gyrfalcons and fish eagles police the skies.

On land, herds of reindeer and Arctic fox may be seen, but no amphibians or reptiles reached the young, remote island.

How Big is Iceland?

The island is not large, similar in size to Kentucky or Portugal. Within Scandinavia, 3 Icelands equal 1 Norway and 5 Denmarks equal 2 Icelands.

Who First Settled in Iceland?

The country was first settled by the Norwegian Vikings in the 9th century. They brought Gaelic slaves with them and established the world’s earliest parliament, known as the Althing.

The lands of the North Atlantic can be used as stepping stones to reach the New World. Around 1000, Norwegian Leif Eriksson sailed to the Shetlands, onto the Faeroes, Iceland and Greenland before landing on the coast of Labrador in today’s Canada.

For centuries Iceland was controlled either by the Norwegians or the Danes until sovereignty was achieved in 1918 and it became a republic in 1944.

What Happened During The Cold War?

The Cold War arrived in the form of the world chess championship, when Fischer (USA) defeated Spassky (USSR) (after Beth Harmon’s success!).

What Was the Cod War?

The Cod War broke out when Iceland extended its territorial waters to protect its fish stocks and the British Royal Navy reacted provocatively.

The economy revolves around the primary sector, notably fishing (cod, haddock, herring), pastural farming (only 1% of the country is under crops) and mining bauxite for aluminium, although tourism is growing in importance.

Renewable geothermal and hydro-electric energy powers industry, including the provision of heat for greenhouses for the growth of vegetables.

Where Do People Live in Iceland?

Most of the small population is clustered in the SW in and around the capital and main port of Reykjavik, founded in 1786.

Who are Icelandic People Descended From?

Most people are descended from Protestant Viking-Gaelic (Scots/Irish) stock, Norse speakers, but, in the 1960s, thousands of Poles were recruited to work in the shipyards.

Icelanders enjoy a high standard of living, having a high per capita GDP, close to their Scandinavian cousins, not far behind USA and Switzerland.

Is Iceland a Good Place to Live?

Clearly, the country would seem to be an attractive place to live and the country always performs well when development indices are being calculated:

Imagine four, large, bearded men from Norway, Sweden, Denmark and Finland, drinking beer along a wooden bench in a waterfront bar in Trondheim.

They raise their tankards, look out to the west and declare, “Nice Lad, Iceland”!

Learn more about the best places to watch the Northern Lights. 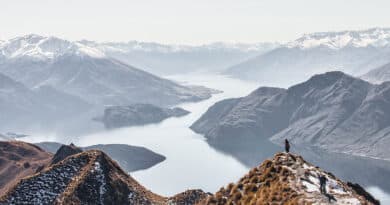 How to Adventure Sustainably 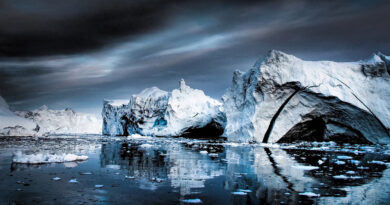 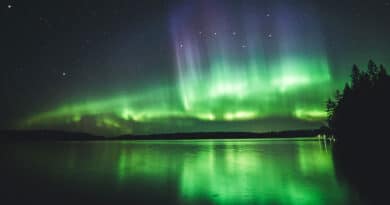