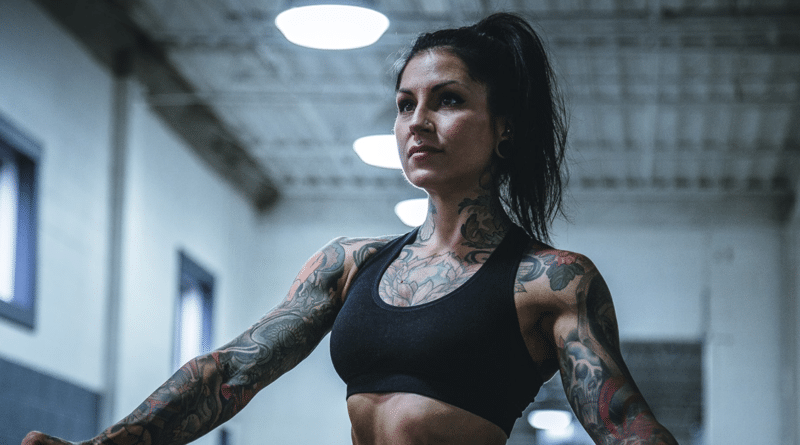 This complete guide to the Glute Ham Raise will teach you everything you need to know about how, when and why to perform this effective and underutilised exercise.

What is the Glute Ham Raise Exercise?

The Glute Ham Raise Exercise is an isolation exercise that targets your hamstrings and glutes. It (usually) incorporates a GHD machine.

The glutes and hamstrings both play a role in the movement of hip extension, but the glutes are responsible for producing a majority of force during this movement because they’re more powerful than their counterpart muscles.

What are the Benefits of the Glute Ham Raise?

There are a lot of benefits to be had from the Glute Ham Raise.

First of all, it will help develop and strengthen your hamstrings.

The glutes can also benefit from this exercise as they work to stabilize your body during the movement so that you don’t injure yourself.

Lower Back and Core

Your lower back and core muscles also get stronger when you perform this exercise because they have to work hard to stabilize your body.

If you suffer from knee or back injuries then performing the Glute Ham Raise is a great way to help prevent these issues from occurring again in the future! This is due to its ability to strengthen multiple muscle groups at once which reduces stress on joints throughout our bodies!

A stronger and more powerful posterior chain in general.

What Muscles does the Glute Ham Raise Work?

This exercise works the glutes, hamstrings and lower back, as well as the core.

The glute ham raise is a compound movement that also recruits your quads to perform this exercise.

Your abdominal muscles are activated slightly during the concentric phase of this exercise but remain inactive during most of its execution due to their role in stabilizing your torso throughout all phases of movement.

How to Do the Glute Ham Raise

To do the GHR, you’ll need to set up for the exercise by placing your body into the starting position on the GHD machine.

There are several variations of the glute ham raise:

You can also train your glutes and hamstrings using the following exercises:

How do you do a Glute Ham Raise at Home?

The glute ham raise is a core and lower-body exercise that can be done at home without any equipment or weights.

For this variation you need something to secure your legs underneath and some kind of pads for your knees.

You can perform this exercise using an adjustable bench or a squat rack with a pad around it.

Place one foot under the barbell, which should be resting in its cradle at about hip height, then push yourself up until both legs are straight but not locked out (you want to maintain good posture throughout this movement).

Be careful not to let your knee bend forward as this may cause strain on it later in the exercise; instead try turning out slightly so that both knees face outwards from each other rather than forward towards each other when performing this movement (this will help keep proper form while also reducing strain).

Glute Ham Raises can replace deadlifts in some cases.

If you’re training the lower back and hamstrings, GHRs are a great exercise to include in your workout.

They’ll help strengthen the glutes and stretch out tight muscles around the hips.

The best method is to include both GHDs and deadlifts in your training.

What are Glute Ham Raise Halos?

GHR Halos are an excellent way to add more stress to the core during the movement.

You must hold your body in position whilst rotating a weights plate around your head.

How Can you do the Glute Ham Raise without Equipment?

The best way is to hook your legs underneath some kind of support and protect your knees by using a mat or towel on the floor.

Is the Glute Ham Raise Exercise Suitable for Beginners?

You should start with the bodyweight GHR.

This is because you will be able to build strength, control and coordination with the bodyweight version. Once you have mastered the bodyweight glute ham raise, move on to doing a weighted version of it.

It is also important that beginners do not start with a heavy weight until they have learned how to do this exercise properly.

If you’re new to the gym and just getting started, aim for 3 sets of 10 reps per session. This will help you get acquainted with the mechanics and movements.

The GHR can be performed in several ways: with an apparatus such as the Glute Ham Developer or by using only bodyweight.

While this exercise can be done with varying degrees of difficulty depending on your range of motion (ROM), all versions require you to lift your hips while maintaining control over your midsection and lower back.

The GHR is a hamstring exercise that targets your glutes, quads and hamstrings.

It also works your posterior chain (hamstrings) and your core muscles (e.g., lower back). If you want to work on strengthening any of those areas, look no further than this movement.

The Hyperextension is an isolation exercise designed primarily to strengthen the lower back through spinal extension movements.

Can you do Glute Ham Raises on the Floor?

In order to do GHRs on the floor, you can use a bench, box or squat rack.

If you’re using a glute ham raise machine at the gym, it will have a safety bar that locks into place before you start doing reps. If you’re using a bench or box, make sure there is no chance of falling off by placing your feet on secure surfaces such as floor mats or sturdy chairs.

Can you do GHR with a Barbell?

Yes, you can do GHRs with a barbell.

In fact, this is one of the best ways to work your glutes and hamstrings. The only thing you need is a barbell and access to the glute ham raise machine.

Yes, GHRs are safe. Here are a few points to consider to help you avoid getting injured.

If you do glute ham raises with a spotter, it’s a good idea to have the person spot you while keeping their hand on the back of your shoulder. This gives them more control over you and helps prevent injury if they have to help lift you up.

When performing glute ham raises with a pad, make sure it doesn’t interfere with your form by allowing your body to sag or move around too much.

If trying out GHRs for the first time without any equipment at all, make sure there is someone nearby watching or holding onto something sturdy in case something goes wrong—such as falling off from exhaustion: consider placing mats beneath both sides of the piece(s) of equipment being used just in case someone loses balance during this exercise.

What is the Posterior Chain?

The gluteus maximus is the largest and strongest muscle in the body. It’s mainly responsible for extension, abduction, and external rotation of the hip. The gluteus maximus is also active during running or jumping activities where it helps stabilize your pelvis by preventing it from swaying side to side.

The gluteus medius is a large, fan-shaped muscle that covers the lateral surface of the pelvis, deep to the gluteus maximus. It originates from the anterior surface of ilium (i.e., upper and back part of your thigh bone), posterior part of iliac crest (i.e., top edge of your hip bone) and adjacent sacrum (lower back). Additionally, it also attaches to several muscles in your lower leg via tendons.

The primary function of this muscle is to abduct (move away from midline) your thigh when you walk or run by stabilizing it during those movements. In other words, when you swing one leg forward with each step while walking or run, it’s your gluteus medius that keeps that motion smooth and controlled so you don’t stumble sideways or fall down!

The gluteus minimus is the smallest of the gluteal muscles and is located on the upper posterior surface of the ilium. The muscle originates from three parts:

The inferior portion of this muscle inserts into an area just below greater trochanteric line at junction with gemellus superior; it then fans out to form part of vast medial side of gluteal region when standing upright or lying on back.

The major function of Gluteus minimus muscle is extension (elongation) and adduction (moving side-to-side) movement during walking or running – for example, during walking down stairs or inclining road surface etc.

The long head of the biceps femoris originates from the posterior surface of the ischial tuberosity and inserts onto the lateral condyle of tibia. This muscle aids in knee extension, as well as flexion at both hip and knee joints.

The exercises that strengthen this muscle include stiff legged deadlifts, Romanian deadlifts, and lunges with a barbell held behind your neck (holding it in front will shift more emphasis to other muscles).

The long head of your biceps femoris is responsible for giving you that nice butt shape when you lift weights!

The short head of the biceps femoris is a strong hip extensor, which means that it helps you extend your leg at the hip (along with other muscles).

The short head is also a knee flexor; that is, it pulls your lower leg towards your upper leg, so when you raise your foot off the ground, it’s working with other muscles to pull.

Hip extension: This occurs when you’re standing on one leg and raising the other up behind you (as in ballet).

It also occurs during walking and running as part of pushing off for each step. Because this action requires some force from both legs at once (e.g., if one leg were missing), both heads of biceps femoris are used together for its main function.

The semitendinosus muscle is part of the hamstring group.

The semimembranosus is a muscle in the posterior thigh. It is part of the hamstring group, which plays an important role in movements such as walking, running and jumping.

The semimembranosus originates on the upper part of medial femur (thigh bone) and inserts onto the lower part of tibia (shin bone), lateral to the head of fibula and below the popliteal artery.

Why is the Posterior Chain Important?

Additionally, the muscular support provided by the back muscles helps to stabilize the spine during exercise or movement. 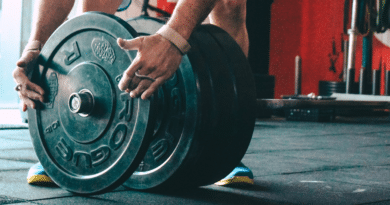 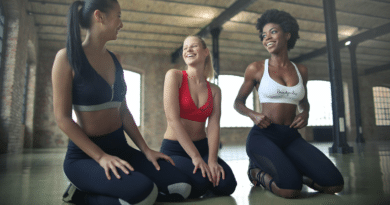 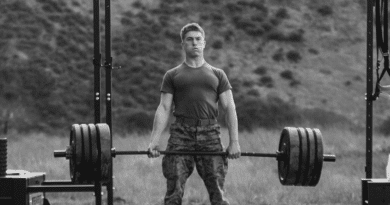 How to Deficit Deadlift – Muscles Worked, Benefits and Technique Tips 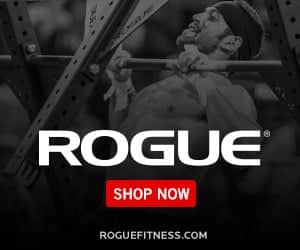