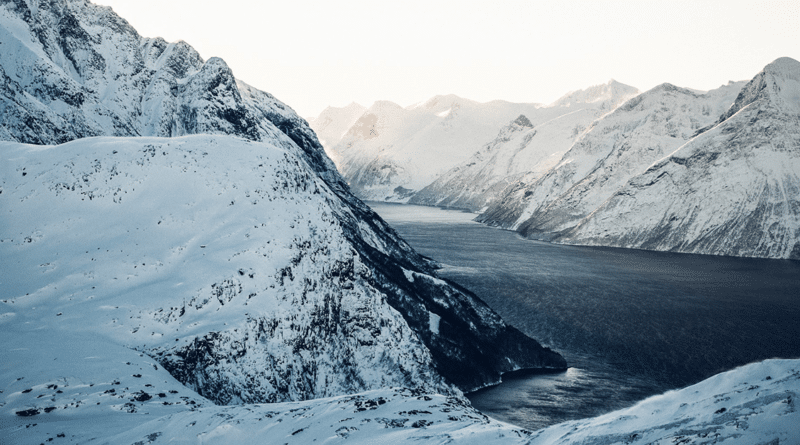 Expand your knowledge and ways of thinking with these unique George Monbiot Quotes.

As a young man, George Monbiot spent six years working as an investigative journalist in West Papua, Brazil and East Africa, during which time he was shot at, shipwrecked, beaten up, stung into a poisoned coma by hornets, became lost for days in a rainforest (where he ate rats and insects to avert starvation) and (incorrectly) pronounced clinically dead in a hospital in northern Kenya.

Today, he leads a less adventurous life as an author, columnist for the Guardian and environmental campaigner.

He has made a number of viral videos. One of them, “How Wolves Change Rivers,” based on an extract from his last TED Talk, has been watched 40 million times on YouTube.

“So if you don’t fit in; if you feel at odds with the world; if your identity is troubled and frayed; if you feel lost and ashamed, it could be because you have retained the human values you were supposed to have discarded. You are a deviant. Be proud.”

“To seek enlightenment, intellectual or spiritual; to do good; to love and be loved; to create and to teach: these are the highest purposes of humankind. If there is meaning in life, it lies here.”

– How Did We Get into This Mess?: Politics, Equality, Nature

“If wealth was the inevitable result of hard work and enterprise, every woman in Africa would be a millionaire.”

“Progress is measured by the speed at which we destroy the conditions that sustain life.”

– Heat: How to Stop the Planet From Burning

“We are often told we are materialistic. It seems to me, we are not materialistic enough. We have a disrespect for materials. We use it quickly and carelessly.

If were genuinely materialistic people, we would understand where materials come from and where they go to.

“The angry men know that this golden age (of fossil fuels) has gone; but they cannot find the words for the constraints they hate.

Clutching their copies of Atlas Shrugged, they flail around, accusing those who would impede them of communism, fascism, religiosity, misanthropy, but knowing at heart that these restrictions are driven by something far more repulsive to the unrestrained man: the decencies we owe to other human beings.”

Togetherness and belonging allow us to become the heroes of the story.”

– Out of the Wreckage: A New Politics in the Age of Crisis

“Governments are deemed to succeed or fail by how well they make money go round, regardless of whether it serves any useful purpose.

They regard it as a sacred duty to encourage the country’s most revolting spectacle: the annual feeding frenzy in which shoppers queue all night, then stampede into the shops, elbow, trample and sometimes fight to be the first to carry off some designer junk which will go into landfill before the sales next year.

“The schedules are crammed with shows urging us to travel further, drive faster, build bigger, buy more, yet none of them are deemed to offend the rules, which really means that they don’t offend the interests of business or the pampered sensibilities of the Aga class.

The media, driven by fear and advertising, are hopelessly biased towards the consumer economy and against the biosphere.”

Out of the Wreckage: A New Politics for an Age of Crisis

“Arrange these threats in ascending order of deadliness: wolves, vending machines, cows, domestic dogs and toothpicks. I will save you the trouble: they have been ordered already.

The number of deaths known to have been caused by wolves in North America in the twenty-first century is one: if averaged out, that would be 0.08 per year. The average number of people killed in the US by vending machines is 2.2 (people sometimes rock them to try to extract their drinks, with predictable results).

Cows kill some twenty people in the US, dogs thirty-one.

Over the past century, swallowing toothpicks caused the deaths of around 170 Americans a year. Though there are sixty thousand wolves in North America, the risk of being killed by one is almost nonexistent.”

“Environment’ is a term that creates no pictures in the mind, which is why I have begun to use ‘natural world’ or ‘living planet’ instead.”

How Did We Get into This Mess?: Politics, Equality, Nature

George on himself: “I still see my life as a slightly unhinged adventure whose perpetuation is something of a mystery. I have no idea where it will take me, and no ambitions other than to keep doing what I do. So far it’s been gripping.”

If you enjoyed these ideas then try these quotes from Henry David Thoreau. 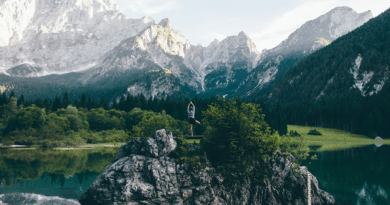 Rewilding Quotes for Better Perspective on the Natural World 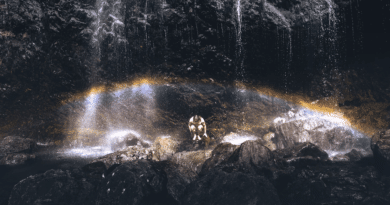 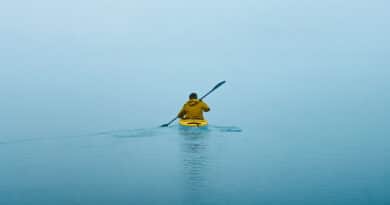