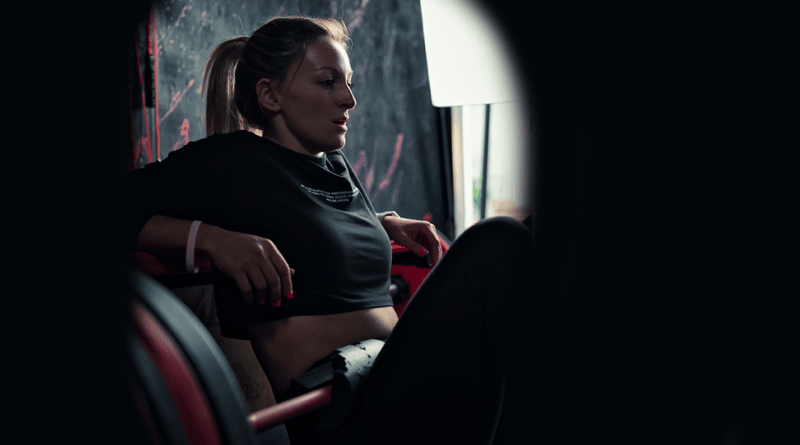 This guide will explain the Glute Bridge vs Hip Thrust and help you find out which exercise is best for you and your needs.

What is a Glute Bridge?

A glute bridge is a glute isolation exercise that can be used to activate and strengthen the backside.

It’s particularly useful if you have difficulty recruiting your glutes when performing more complex exercises such as squats or deadlifts.

Additionally, it’s an efficient way to target your deep hip rotators – a key group of muscles that are often neglected.

What is a Hip Thrust?

As you now know, the glute bridge is a hip dominant exercise that has you lying on the ground and bracing your hips upwards.

Similarly, a hip thrust is also an exercise that involves propping yourself up on the floor to work your lower body and core.

You’ll need to use your hands for support when executing this exercise to maintain balance during the movement.

Like the glute bridge, it’s also a highly effective exercise so it will help strengthen multiple muscle groups at once.

Benefits of the Glute Bridge

As mentioned earlier, the glute bridge is a very simple exercise.

It has many benefits for both the experienced lifter and for those who are just getting started with strength training.

Here are some of the benefits of the glute bridge:

Add these into your training.

Benefits of the Hip Thrust

The glute bridge is a safer exercise than the hip thrust because the weight you are lifting is closer to your centre of gravity.

This can help lower your risk of injury.

The hip thrust places greater demands on your hamstrings and glutes compared with the glute bridge, according to a 2016 study published in the Journal of Sports Science & Medicine.

This may be a result of the movement being performed with greater resistance due to an increased range of motion at your hips.

Because you’re using heavier weights during the hip thrust, this exercise may be better for building muscle mass in your butt and thighs compared with the glute bridge.

Muscles Worked by the Glute Bridge

The glute bridge works your glutes and hamstrings.

Your glutes are the muscles on your rear (your butt). Your hamstrings are the muscles in the back of your thighs. This is different than the hip thrust, which also works your core (your abdominals and obliques).

The main difference between these two exercises is that the glute bridge primarily works your glutes, while the hip thrust also targets your core.

Because it primarily works just one muscle group, that also means you can make it more challenging by adding weight.

You can add a barbell across your hips or even have a partner rest their feet on top of yours for added resistance.

Muscles Worked with the Hip Thrust

The hip thrust engages the gluteus maximus, hamstrings, quads and your core muscles.

What is the Difference between the Hip Thrust and Glute Bridge?

The hip thrust is a more challenging movement for your glutes as it involves a greater range of motion and requires you to use more muscles at once.

The hip thrust also requires extra body mass in the form of weights or a bench, while the glute bridge can be done with nothing but your bodyweight.

Is the Glute Bridge or Hip Thrust Better for my training?

How to Perform the Glute Bridge

To perform the glute bridge, you’ll need to begin by lying on your back on the floor.

Bend your knees so that your feet are flat on the floor, hip-width apart.

From this position, push through your heels and lift your hips off of the floor.

Hold this position for a count of two, then lower back down to the ground.

How to perform the hip thrust

The hips should be elevated off the ground, but the back’s position shouldn’t change throughout the exercise.

Not Engaging your Glutes

All of the power for this exercise comes from those muscles—if they’re not working, you could hurt yourself and won’t get the most out of each rep.

Not Squeezing your Glutes at the Top of Each Rep

A strong contraction at the top will help you build muscle and strength, plus it forces you to keep your form good while making sure that all of your glute muscles are working together as a unit.

Not holding the Contraction at the Top

You must hold the contraction for a second or two before lowering yourself back down to starting position.

This helps build muscular endurance and gives time for both mind-muscle connection to improve and blood flow to increase in those muscles being targeted.

Not Lowering Yourself all the Way Down

You must return to the start position after each repetition (you should touch your butt on the floor).

By doing this, you force those glutes to stretch before contracting again (through concentric movement), which allows you to activate them more fully than if there was no eccentric component during an exercise.

In other words, it pre-fatigues them so that they can do more work when contracted through concentric movement (or “lifted” when bridging up).

Your hips must be positioned in the right spot on the bench, your shoulders need to be pressed into the bench for support, your knees should be bent about 90 degrees, and your feet should stay flat on the ground.

If you’re lifting weights, make sure you’re using a bar pad because a barbell can really pinch and hurt your hip bones as they come down under load when you thrust up.

Common hip thrust mistakes include hyperextending your lower back or not keeping a neutral spine.

You’ll also want to make sure that you keep your heels planted on the floor throughout the move so that you activate all of those gluteal muscles instead of missing out on some due to ankle mobility issues.

The Glute Bridge Will Strengthen your Posterior Chain

The glute bridge is an excellent exercise for strengthening the posterior chain.

Now, what is the posterior chain?

It’s a group of muscles that run along the back side (or posterior) of your body.

The muscles in this area include your hamstrings, glutes, lower back and core.

So when you’re doing a glute bridge, all those areas are working together to strengthen you as an entire unit rather than just focusing on one particular muscle group.

Glute bridges also help with core strength and stability because of the way they force your core to engage during execution.

This will not only make you stronger but it will also improve posture, which makes you look more confident in your own skin.

The benefits don’t stop there!

Glute bridges have been proven to increase spinal mobility (which has tons of health benefits).

If done correctly they can even relieve low back pain by stretching out tight hamstrings or hip flexors that might be causing strain elsewhere on our bodies like our shoulders or neck region (Ever had neck pain while sitting at work all day long?).

The Hip Thrust is a Great Way to Work your Glutes

For many people, the hip thrust is an unfamiliar move that can be a bit intimidating to try.

The name sounds like it should be reserved for the elite few who already have a strong lower body. But in reality, this exercise is incredibly easy to learn and you can do it anywhere with minimal equipment.

It’s also one of the best ways to work your glutes (your butt muscles).

The hip thrust recruits the glutes more than almost any other exercise because you are pushing through your feet instead of pulling with your arms like you would in an upper body workout.

This helps engage more muscles in your lower body and activates them as well. This makes simple movements and activities like walking upstairs or lifting heavy boxes easier.

Not only will hip thrusts help improve your posture, but they’re also great for strengthening core stability and back health too! 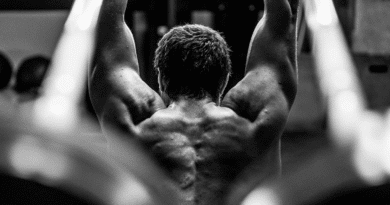 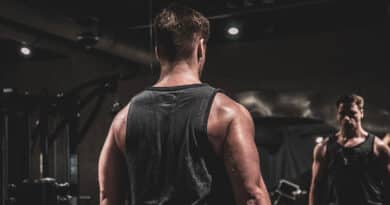 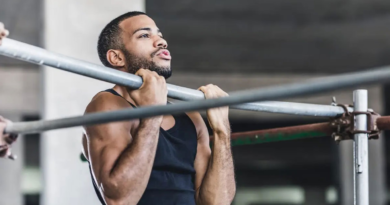