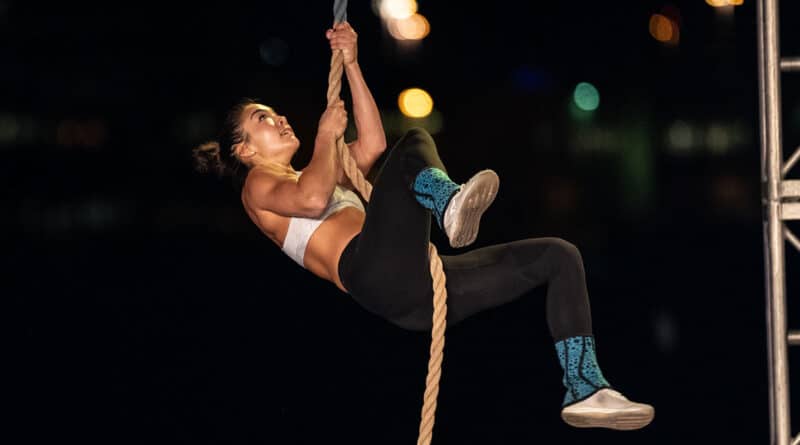 These Fitness Words describe important ideas, movements, principles and concepts that will help you understand and improve your fitness, training, recovery and mobility.

Abduction is a movement away from the midline – just as abducting someone is to take them away. For example, abduction of the shoulder raises the arms out to the sides of the body.

Adduction is a movement towards the midline. Adduction of the hip squeezes the legs together.

In fingers and toes, the midline used is not the midline of the body, but of the hand and foot respectively. Therefore, abducting the fingers spreads them out.

Aerobic exercise is any type of cardiovascular conditioning. It can include activities like fell walking, swimming, running, or cycling. You probably know it as “cardio.”

Your aerobic threshold is the point at which your body starts to use the anaerobic metabolism to provide energy to your muscles.

When you are going slowly, your body works completely aerobically, using oxygen to break down fatty acids to provide fuel to your muscles. As you run, cycle or swim faster the amount of energy that you produce in this way increases until it reaches a maximum, at your aerobic threshold.

Lactate inflection point, is the exercise intensity at which the blood concentration of lactate and/or lactic acid begins to increase rapidly. It is often expressed as 85% of maximum heart rate or 75% of maximum oxygen intake.

Anaerobic exercise is a type of exercise that breaks down glucose in the body without using oxygen; anaerobic means “without oxygen”.

A barbell is a steel bar used for weightlifting. It is designed with “sleeves” at either which can accommodate weight plates.

Butt wink is a term used to describe poor body biomechanics and posture of a squatting position; when your pelvis goes into a “posterior pelvic tilt” at the bottom of a squat.

A positive calorie balance means that the individual is consuming more calories than they are using.

Circumduction can be defined as a conical movement of a limb extending from the joint at which the movement is controlled.

It is sometimes talked about as a circular motion, but is more accurately conical due to the ‘cone’ formed by the moving limb.

The concentric phase of a lift occurs when a muscle contracts and shortens, as in the upward motion of the bench press, biceps curl, or squat.

Dead Stop training means coming to a full stop at the bottom of a deadlift, squat, bench press, and the like.

The primary benefit of Dead Stop training is that it shuts off the stretch reflex so that it doesn’t offer any assistance during the hardest phases of the lift.

Dorsiflexion is the movement that occurs when your foot and shin approximate closer together. It is arguably one of, if not the most important lower body movement from a functional standpoint. It occurs during all sorts of movements such as walking, running, squatting, and lunging

A weight consisting of a short bar with a metal ball or disk at each end that is lifted for muscular development and exercise.

The eccentric phase of a lift occurs when a muscle contracts while lengthening. This is the downward motion of the bench press, biceps curl, or squat.

A eucalorie balance means that the athlete will not gain or lose weight because they expend as many calories as they consume.

Inversion and eversion are movements which occur at the ankle joint, referring to the rotation of the foot around its long axis.

Eversion involves the movement of the sole away from the median plane – so that the sole faces in a lateral direction.

Flexibility refers to the range of movement in a joint or series of joints, and length in muscles that cross the joints to induce a bending movement or motion. Flexibility varies between individuals, particularly in terms of differences in muscle length of multi-joint muscles.

In weightlitfing and training it refers to completing the full range of motion for a certain exercise.

The hook grip is a pronated (palms facing the lifter) grip in which the thumb is trapped between the bar and usually the first and second fingers, depending on hand size.

For the pull of both the snatch and the clean, this method of gripping is an eventual necessity to maintain control of the barbell during the violent explosion of the second pull.

These general lifting bars are great for beginner to intermediate lifters and are popular with CrossFit® and other commercial gyms.

Hyperextension means that there’s been excessive movement of a joint in one direction (straightening). In other words, the joint has been forced to move beyond its normal range of motion

Hypertrophy refers to an increase in muscular size achieved through exercise. When you work out, if you want to tone or improve muscle definition, lifting weights is the most common way to increase hypertrophy.

Inversion and eversion are movements which occur at the ankle joint, referring to the rotation of the foot around its long axis.

Inversion involves the movement of the sole towards the median plane – so that the sole faces in a medial direction.

The kettlebell is a cast iron or cast steel ball with a handle attached to the top (resembling a cannonball with a handle). It is used to perform many types of exercises, including ballistic exercises that combine cardiovascular, strength and flexibility training.

Lateral rotation is a rotating movement away from the midline.

Medial rotation is a rotational movement towards the midline. It is sometimes referred to as internal rotation. To understand this, we have two scenarios to imagine. Firstly, with a straight leg, rotate it to point the toes inward. This is medial rotation of the hip.

Secondly, imagine you are carrying a tea tray in front of you, with elbow at 90 degrees. Now rotate the arm, bringing your hand towards your opposite hip (elbow still at 90 degrees). This is internal rotation of the shoulder.

Mobility refers to the range of motion of the joints and structures in your body.

Neutral grip (weightlifting, gymnastics) A grip that is neither supinated nor pronated, but with palms facing each other.

The name gives it away really. Olympic lifting bars are designed for Olympic lifts, such as the clean and jerk and the snatch.

Due to the aggressive movement of throwing the bar into the air, Olympic lifting bars have a certain amount of flex. This flex allows elastic energy to be stored and used by the lifter (known in lifting circles as “whip”). They are also designed to be able to withstand the constant abuse they get from being dropped at height.

Plantarflexion refers extension at the ankle, so that the foot points inferiorly. Similarly there is a term for the hand, which is palmarflexion.

Powerlifting bars, or “power bars,” are designed specifically for the three main power lifts: deadlift, squat and bench press. If you prefer to focus on these slower, less explosive, yet heavy lifts, a powerlifting bar is your man.

Facing your palms away from your body when performing a resistance exercise is a technique known as a pronated grip. Your hand goes over the bar, dumbbell, or kettlebell with your knuckles on top. A pronated grip is often used for pullups, dumbbell bench press and barbell squats.

Protraction describes the anterolateral movement of the scapula on the thoracic wall that allows the shoulder to move anteriorly. In practice, this is the movement of ‘reaching out’ to something.

Range of motion is the extent of movement of a joint, measured in degrees of a circle. It is the Joint movement (active, passive, or a combination of both) carried out to assess, preserve, or increase the arc of joint motion.

Retraction refers to the posteromedial movement of the scapula on the thoracic wall, which causes the shoulder region to move posteriorly i.e. picking something up.

The rest interval is the time spent resting between sets that allow the muscle to recover. The rest period between sets is usually in the range of 30 seconds to two minutes. Some exercises also have short rests between reps.

A set is a series of repetitions performed sequentially. For example, eight repetitions can be one set of bench presses.

The supinated grip is the exact opposite of the pronated grip. The hands are placed underneath the bar so the knuckles aim backward or toward the floor. The thumb being wrapped around the bar allows for maximum grip throughout any lift you are performing.

The Valsalva manoeuvre is a specific breathing technique that you can utilize to immediately improve your weight training performance and safety.

It creates a pocket of pressure in the abdominal and thoracic cavities. The results are that you increase your power output potential and provide core support to protect your lower back from injury.

VO2 max is the maximum amount of oxygen the body can utilize during exercise. It’s a combination of how much oxygen-rich blood your heart can pump and the heart’s efficiency in extracting and utilizing oxygen.

A warm up generally consists of a gradual increase in intensity in physical activity (a “pulse raiser”), joint mobility exercise, and basic skill work followed by the activity. For example, before running or playing an intensive sport, athletes might slowly jog to warm their muscles and increase their heart rate.

Understanding the concepts that these fitness words describe will help you understand the bigger principles behind the various methods within your training. This in turn will lead to a deeper understanding about how to refine, apply them and, in time, make them more effective.

If you want to try adding some unique movements into your training then try these Wall Walk Workouts or Single Arm Dumbbell Snatches. 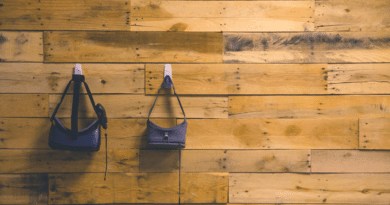 Fitness Companies in the Metaverse 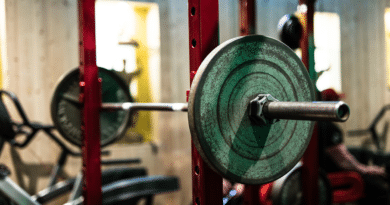 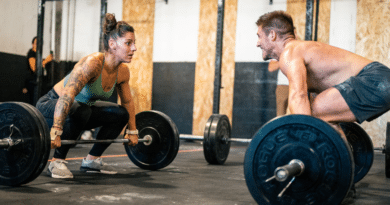 How to Snatch Grip Deadlift – Benefits, Muscles Worked and Variations