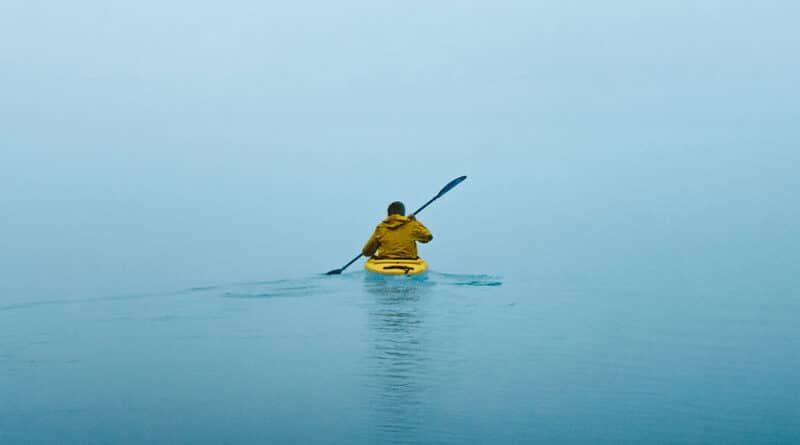 These canoe and kayaking quotes describe the freedom and joy of escaping into the watery wildernesses of the world. From environmentalists to authors, native Americans to cartoon bears, many have understood and expressed their personal findings on the wisdom that water and kayaking brings.

The name “kayak” was coined from the Inuit word “qayaq”. It originated with the Inuits of Greenland and was later also used by Alaskan Inuit tribes. Inuit are a group of culturally similar indigenous peoples inhabiting the Arctic regions of Greenland, Canada and Alaska. The Inuit languages are part of the Eskimo–Aleut family.

Kayaks were built by stretching seal or other animal skins over a driftwood or whalebone frame and rubbing them with animal fat to waterproof the covering. The kayak’s shallow draft, narrow width, and quiet operation allowed Inuit hunters to explore tightly constricted waterways with great stealth and harvest more game.

“The first river you paddle runs through the rest of your life. It bubbles up in pools and eddies to remind you who you are.”

“Everyone must believe in something. I believe I’ll go canoeing.”

“You must live in the present, launch yourself on every wave, find your element in each moment.”

“Wherever there is a channel for water, there is a road for the canoe.”

Henry David Thoreau was an American essayist, poet, and practical philosopher, renowned for having lived the doctrines of Transcendentalism as recorded in his masterwork, Walden (1854), and for having been a vigorous advocate of civil liberties, as evidenced in the essay “Civil Disobedience” (1849).

Get inspired by these Motivational Life and Workout Quotes for Women, by Women

“There is magic in the feel of a paddle and the movement of a canoe, a magic compounded of distance, adventure, solitude and peace.”

“The way of a canoe is the way of the wilderness, and of a freedom almost forgotten.”

Sigurd Ferdinand Olson was an American author, environmentalist, and advocate for the protection of wilderness. For more than thirty years, he served as a wilderness guide in the lakes and forests of the Quetico-Superior country of northern Minnesota and northwestern Ontario.

“A river is more than an amenity, it is a treasure”

“Rivers know this: there is no hurry. We shall get there some day.”

“The rivers flow not past, but through us, thrilling, tingling, vibrating every fibre and cell of the substance of our bodies, making them glide and sing.”

“With one foot in the canoe, and one foot on shore, you are sure to fall into the river.”

The Tuscarora, self-name Skarù∙ręʔ (“People of the Shirt”) were an Iroquoian-speaking Native American tribe. When first encountered by Europeans in the 17th century, the Tuscarora occupied what is now North Carolina. They were noted for their use of indigenous hemp for fibre and medicine. Traditionally, the Tuscarora depended heavily on cultivating corn (maize); they were also expert hunters.

“Canoes, too, are unobtrusive; they don’t storm the natural world or ride over it, but drift in upon it as a part of its own silence. As you either care about what the land is or not, so do you like or dislike quiet things–sailboats, or rainy green mornings in foreign places, or a grazing herd, or the ruins of old monasteries in the mountains…Chances for being quiet nowadays are limited.”

“A canoe does not know who is king. When it turns over, everyone gets wet.”

Malagasy peoples consist of about 20 ethnic groups in Madagascar. The largest group is the Merina, who primarily inhabit the central plateau. The second-largest group is the Betsimisaraka, who live generally in the east. The third is the Betsileo, who inhabit the plateau around Fianarantsoa. Others include the Tsimihety, the Sakalava, the Antandroy, the Tanala, the Antaimoro, and the Bara. https://www.britannica.com/topic/Malagasy-peoples

“What sets a canoeing expedition apart is that it purifies you more rapidly and inescapably than any other. Travel a thousand miles by train and you are a brute; pedal five hundred on a bicycle and you remain basically a bourgeois; paddle a hundred in a canoe and you are already a child of nature.”

“Paddling a canoe is a source of enrichment and inner renewal.”

Pierre Trudeau was a Canadian politician who was the 15th prime minister of Canada and leader of the Liberal Party of Canada, between 1968 and 1984, with a brief period as Leader of the Opposition, from 1979 to 1980.

“Voyager upon life’s sea, to yourself be true, and whatever your lot may be, paddle your own canoe.”

“Travel by canoe is not a necessity, and will nevermore be the most efficient way to get from one region to another, or even from one lake to another anywhere. A canoe trip has become simply a rite of oneness with certain terrain, a diversion off the field, an art performed not because it is a necessity but because there is value in the art itself.”

“You can’t fire a cannon, from a canoe!”

“About the best reason I can think of for owning a canoe is that it can take me into wilderness. And what, you may ask, is so great about wilderness? The silence, for one thing.”

“The goal of a wilderness canoe trip should be to collect enough of the wilderness experience to last the whole year… A full cup is the only way that the winter can be endured.”

“The two best reasons to buy a kayak rather than just renting are sunsets and sunrises.”

“You feel mighty free and easy and comfortable on a raft.”

“It is not down in any map; true places never are.”

“As one goes through life, one learns that if you don’t paddle your own canoe, you don’t move.”

“The traveller is active; she went strenuously in search of people, of adventure, of experience. The tourist is passive; she expects interesting things to happen to her. She goes ‘sight-seeing.”

“A lake carries you into recesses of feeling otherwise impenetrable.”

“So lovely was the loneliness of a wild lake.”

“Rivers know this: there is no hurry. We shall get there some day.”

“A man of wisdom delights in water.”

“I learned that the richness of life is found in adventure… It develops self-reliance and independence. Life then teems with excitement. There is stagnation only in security.”

“Don’t try to steer the river.”

“Rivers are roads which move, and which carry us whither we desire to go.”

If you enjoyed these canoe and kayaking love to escape into the outdoors then try these quote about mountains, climbing, hiking or running. 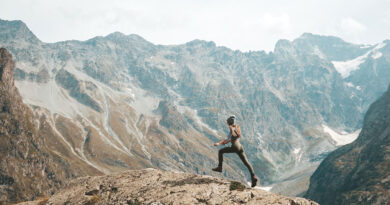 Born to Run Quotes for People with Adventure in their Soul 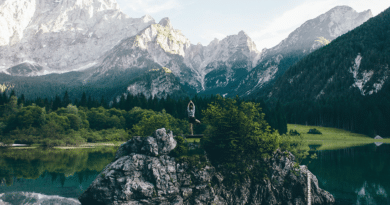 Daniel Lieberman Quotes on the Evolution of Human Physical Activity 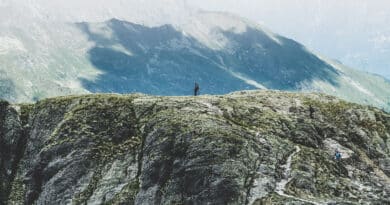 Inspiring Hiking Quotes for Everyone that Loves the Wilderness

One thought on “Inspiring Canoe and Kayaking Quotes”