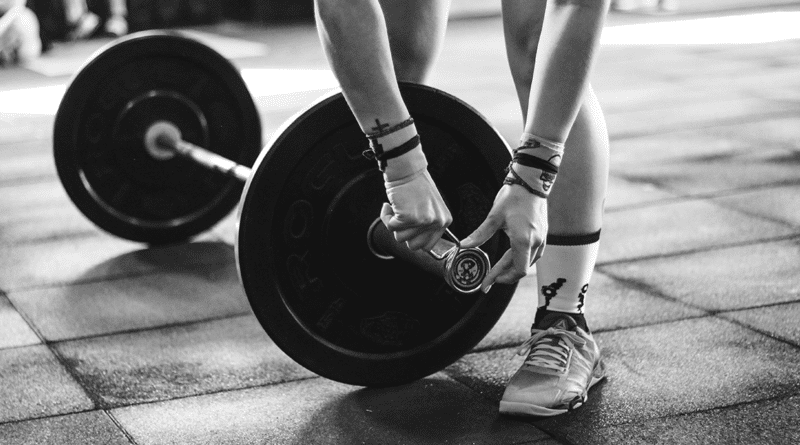 This extensive guide will teach you everything you need to know about the Jefferson Squat.

What is the Jefferson Squat?

The Jefferson Squat is an unusual Squat variation with the loaded barbell held between the legs as the athlete moves up and down to complete reps.

The exercise creates a unique stimulus for the body that will help athletes build muscle, strength and mental fortitude.

Additionally, the positioning of the barbell classifies it as an “anti-rotational” exercise. This means that during the range of motion, the lifter must work hard to stop the weight twisting.

What Muscles does the Jefferson Squat Work?

Due to its inimitable mechanics, the Jefferson Squat works many muscles in a unique way.

The Quads, Hamstrings and Glutes

There is a great deal of extension and flexion in the hips and knees during the lift.

The quads also have to work hard to propel the weight upwards and support the descent.

Because the knees must not cave inwards, the glutes are especially important for counteracting this movement.

The Jefferson Squat takes a lot of effort from the core. This includes the obliques, transverse abdominis and the spinal erectors.

The core must stop the natural rotation that the weight wants to apply to the body. This resistance tests and improves the core muscles.

These muscles are located on the inner thighs. Their job is to adduct (bring the legs in towards the midline).

They are called into play for any wide stance exercises such as Sumo Deadlifts or Sumo Squats.

Often weak adductors are common yet unknown. The Jefferson Squat will target these muscles and strengthen them for other lifts.

The exercise is also an effective way to enhance grip strength.

A powerful grip will also help to stop any rotational movement.

Heavy loads can be used with this Squat variation so this will further develop the ability to grip and hold the weight for extended periods of time.

Benefits of the Jefferson Squat

The exercise has numerous benefits and can give many lifters a competitive advantage because it is not commonly used.

The benefits of the Jefferson squat are:

Most of the work is done by the front leg, although both are used to support the body and weight.

This creates an interesting stimulus for the body, midway between a unilateral and bilateral exercise.

The vertical torso also contributes to this pressure on the front leg. The result is more development of the quads and glutes of the front leg.

The Jefferson Squat is impossible without a stable core. Your body must work hard to balance and coordinate the load through the full range of motion.

This will significantly develop your core strength and ability to stabilise.

The movement will provide you with a completely new way to generate power for lifting and general physical preparedness.

The mechanics of the lift, upright torso position and downward heavy loading of the exercise place less stress on the lower back than a regular Back Squat.

If you need to attack your legs and lower body and don’t want to worry about your lower back then this movement can be an excellent choice.

It also gives you the option to train around an injury if necessary.

Big heavy compound lifts, programmed intelligently, are a great choice when hypertrophy is you goal. The Jefferson Squat is no exception.

The wide stance of the exercise will target and develop the adductors.

These are often underdeveloped many athletes, yet they play an important role in Squat strength and sport in general.

Works in Multiple Planes of Motion

The Jefferson Squat is one of very few exercises, especially with a barbell, that develop strength in all three planes of motion.

Knowing this gives you an almost completely unique stimulus that you can add into your training.

The entire core, and especially the obliques, must work hard to control and balance the weight at all times throughout the full range of motion.

They must brace and stay active and strong and this will enhance the lifter’s ability to stabilise the core for other lifts as well.

If an athlete struggles with the lift, then it may be an indication of a weak core. This can then be specifically targeted and improved.

A Great New Source of Variety

It is important to mix things up every now and again, add new exercises into your training and keep things challenging and fun. That will help you stay dedicated, focused and on track.

The Jefferson is almost unlike any other exercise that exists, so it is a handy tool to help you achieve these aims.

Works as an Anti-Rotational Exercise

The movement is one of the only barbell exercises where you have to actively push and brace your body to balance a load that is trying to spin the body around.

This offers a completely unique stimulus and will help you improve in new ways.

The front leg must do most of the work with the Jefferson Squat. Combined with the upright torso positioning, this develops the quads (knee extensors) and the glutes (hip extensors) that must power this movement.

The result is enhanced quad and glute strength.

What Muscles does the Jefferson Squat Work?

The Jefferson Squat works the:

In the exercise there is a high amount of extension and flexion for the hips and knees.

The glutes and hamstrings work the hips whilst the quads straighten the knees from the bottom position of the Squat.

The external rotators of the hips and the glutes must work hard to drive the knees outwards.

The movement will have a huge benefit for your core muscle group.

Every lifter must maintain a braced abdominal wall whilst the obliques and transverse abdominis hold the vertical, forward position of the torso and resist the rotational pull of the barbell.

These muscles can be found on the inner thigh. They are involved in all wide leg exercises (Sumo Squat, Sumo Deadlift etc).

Their function is to bring the legs towards the midline.

Many lifters have weak adductors because they are not trained a great deal. This can cause limitations on the Squat. Stronger adductors will give you a competitive advantage.

How to do the Jefferson Squat

Resist the rotational pull of the movement at all times.

It may be harder for any athlete with shorter arms to reach full extension at the top of the movement. Don’t hinge forwards to compensate, this would start to turn the exercise into the Jefferson Deadlift, which is a different exercise.

Why is it Called the Jefferson Squat?

The movement was named after an old circus strongman named Charles Jefferson (1863 – 1911).

According to USA Weightlifting, he was “originally from Canaan, New Hampshire, he travelled and performed with Barnum and later with Barnum & Bailey. He was known for chain breaking and lifting “enormous” weights.”

Benefits of the Jefferson Squat for Powerlifters

For powerlifters, the Jefferson Squats brings the benefits of unilateral single leg work into your training without moving too far away from the mechanics of the Squat and Deadlift themselves.

It wills serve as an excellent accessory exercise, build core strength and stability, improve the adductors (which will help the Squat and Sumo Deadlift).

Benefits of the Jefferson Squat for Bodybuilders

This exercise is a great way to partly isolate the muscles of the front leg, build muscle mass and target weak spots in your physique.

At the same time, it will develop the core, abs and obliques.

“That’s a Jefferson squat. It’s an old movement—you don’t see many people do it anymore, but I think it’s excellent because it works your lower body in a unique way.”

Whatever sport or type of training you enjoy, from trail running to cycling, the exercise will help your physique, performance and strength in general.

Common Mistakes of the Jefferson Squat

Make sure you aren’t making any of these mistakes.

Torso Is Not Vertical

You must have a neutral, straight spine when performing the exercise.

A rounded back is often a good indicator that the weight is too heavy. This will increase the risk of injury.

Keep your chest proud when you start the movement and make sure to brace properly.

Back Foot Does Not Remain Flat on the Floor

If you find that part of your back foot is rising from the floor when you lift then it could be due to poor ankle or hip mobility.

Without both feet flat on the floor, you will have a less stable platform to lift from.

Torso Is Not Square

The bodily setup and nature of the Jefferson Squat will allows make you want to rotate.

As you fatigue this force can be harder to resist.

If you reach the point where it becomes unavoidable to twist, drop the weight.

Try adding these variations into your training if you want to achieve similar stimulus to the original version.

This variation alters the height that you start the movement from. It means you can lift more from a higher position, and target any weak spots in your movement.

It’s great for taller lifters or anyone with any mobility issues.

Jefferson Squat with Dumbbells or Kettlebells

Both dumbbells and kettlebells are good tools to use to add variation to the movement.

There is less of the rotational element however this can be good if you need to build up your strength and ability to stabilise the movement.

This also incorporates more of a hip hinge and a less vertical torso.

The Jefferson Deadlift places more stress on the posterior chain.

These alternatives are all great choices for coaches and athletes when they want to enhance performance.

Full Range of Motion Back Squat

It may seem odd to include this exercise with reference to the full range of motion.

However, ass to grass is the best way to maximise glute, quad and adductor development.

Keep squatting until you feel your calves and hamstrings meet and go as low as you possibly can.

This variation also minimises spinal loading and will protect the lower back.

Other benefits include mobility gains if you squat deep enough.

This effective old school exercise is brutal and highly useful.

It can be utilised to develop strength in the thoracic spine, back, quads and glutes. The odd and uncomfortable loading position (in the crux of your elbows) will significantly strengthen your body and toughness in general.

Scroll through to find out more about the exercise

When I should I do Jefferson Squats?

You should include the exercise into your training because it will build strength and muscle in new ways, uncover weaknesses, add a rotational element into barbell training and challenge you in a unique way.

They are also an excellent accessory exercise.

No, they are not the same although they are often muddled.

The Squat focuses on bending from the knee with a more upright, vertical torso. This places the emphasis on the quads.

The Deadlift incorporates more of a hip hinge and targets the mid back and glutes more.

Do I need to Touch the Bar to the Ground for Each Rep?

It depends on your technique and physique. It is not completely necessary to touch the bar on the floor between every rep.

It may be impossible for taller lifters or people with mobility exercises.

If you do touch the bar to the floor, make sure to let it rest for a second so that you pull from the dead position every time.

Is there any Reason Why I should avoid the Jefferson Squat?

If you have a history of back pain or injury the exercise might not be right for you.

Otherwise, there is no reason why the Jefferson Squat is not for you.

Try this excellent type of Squat 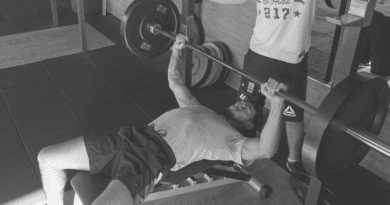 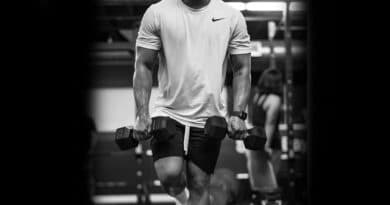 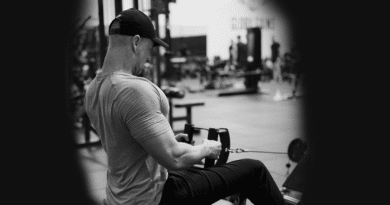